Loops is now a book. But this publication was previously an exhibition catalog and two performances.
This publication was conceived thanks to a two-act performance that had the objective of offering Clinamen a book that would not cost them anything and to allow the artist Yoan Mudry to articulate three exhibitions in which he participates almost simultaneously in the same geographical area.
On the occasion of the first exhibition, Yoan Mudry is forced to produce an exhibition catalog which he does not want because the technical constraints do not allow him to appropriate it. We then imagine a book within a book so as to be able to offer Clinamen the raw material of the catalog.
The format of the loops is designed so that it can be printed in a template within the format of the exhibition catalog. During the opening, performers in shrimp costumes cut the catalogs with a paper cutter, use a part of them to make a wallpaper while the part with the text is put aside for Clinamen.
The publication as distributed by Clinamen is shaped in a second exhibition. Every Sunday, eight hours a day, one of the shrimps assembles the different parts of the book in a binding box, passes a brush dipped in white glue through it in order to make a handmade glued binding before finalizing the work by putting a cover on it. 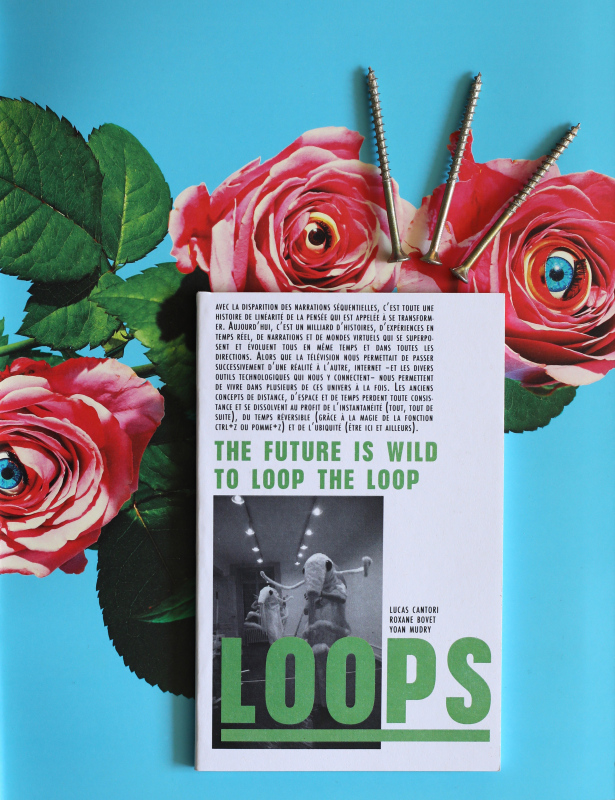 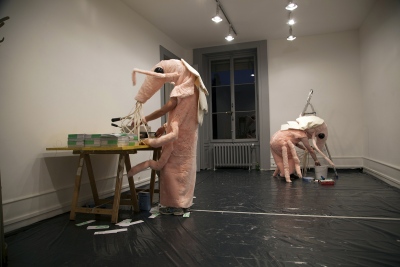 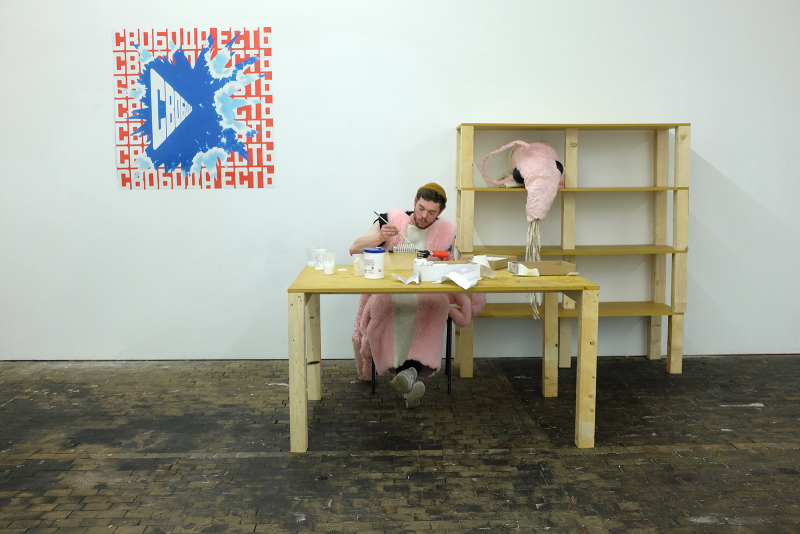 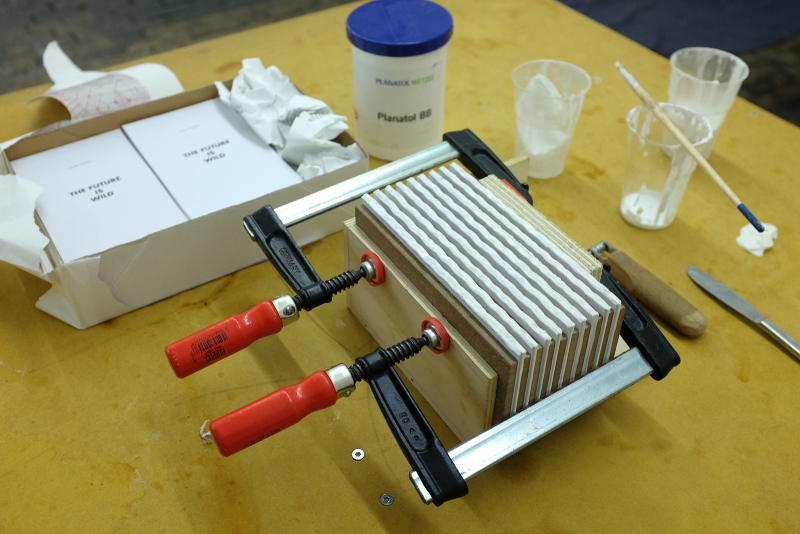