In collaboration with Yoan Mudry

How is our vision of the world created? In relation to what, to whom, and what languages come from it? What is the place of this language in the creation of our collective realities? What might be the position of the receiver/spectator in the face of constructed media?

We live in a world saturated by a flux of images and diverse information. media, politics, social networks, artistic images, portable telephones; it’s nothing new, that we are constantly submitted to visual and aural solicitation. We find ourselves drowning in this incessant, clinging, hyper-color flow. Created in collaboration with the artist yoan mudry, this piece is concerned with one of these streams of information in particular: that of the speech, of the public address. More specifically, it is the speech of a potential company ceo from silicon valley.

Synopsis: an empty auditorium at Stanford University is filmed. The camera follows a possible orator, though no human appears on the screen. A bit as though one were trying to film a ghost speaker. A speech is nevertheless given in this auditorium.
This speech is composed of three narrative loops from which processes, methods and strategies linked to the art of camouflage emerge. From Harry Potter’s invisibility cape to the mimic octopus, the stories that compose the speech become intertwined. The spectator becomes trapped in a loop with no beginning nor end. 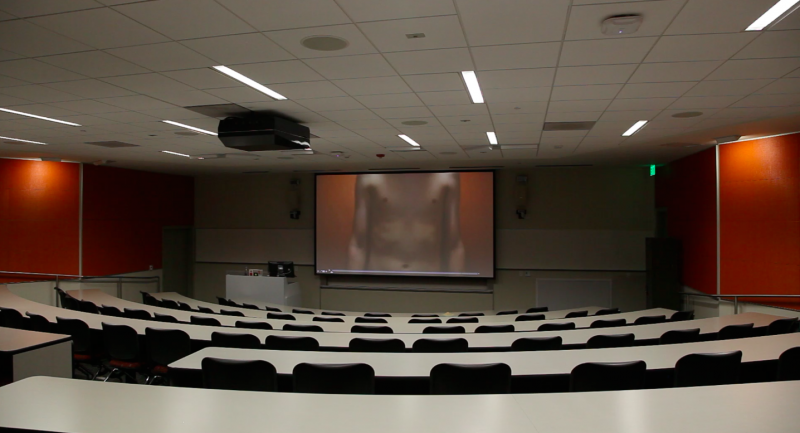 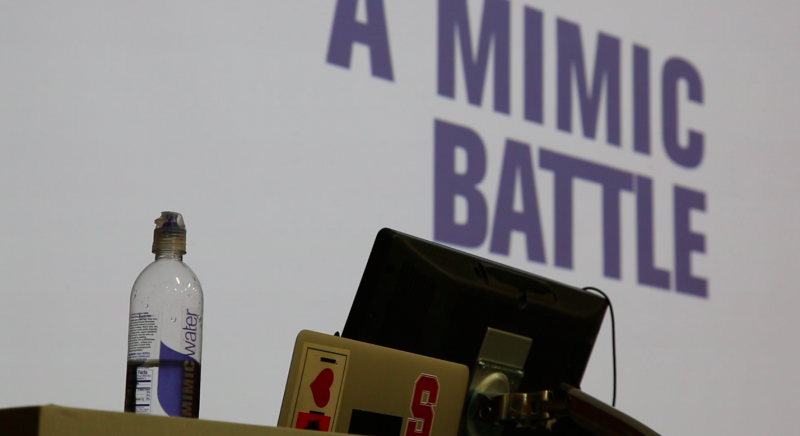