Utopias are More or Less Fascistic 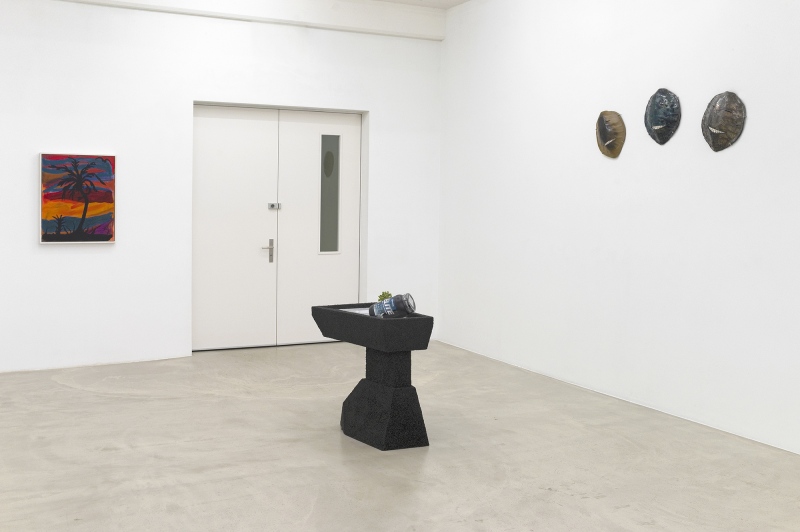 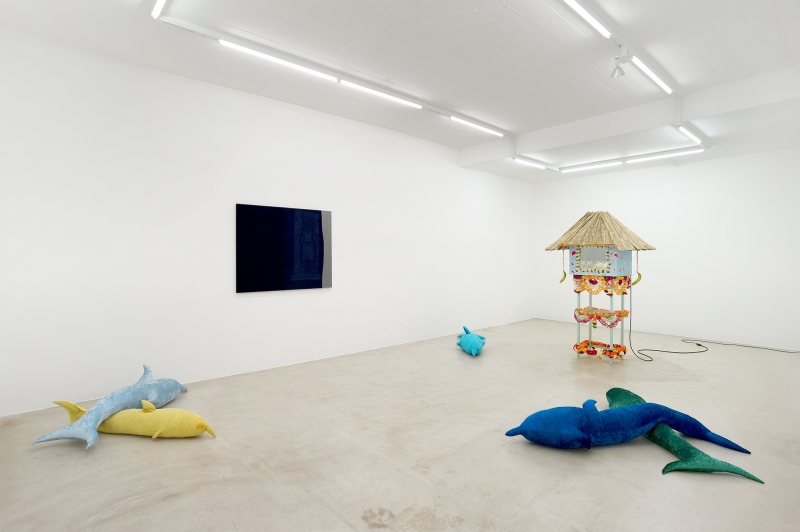 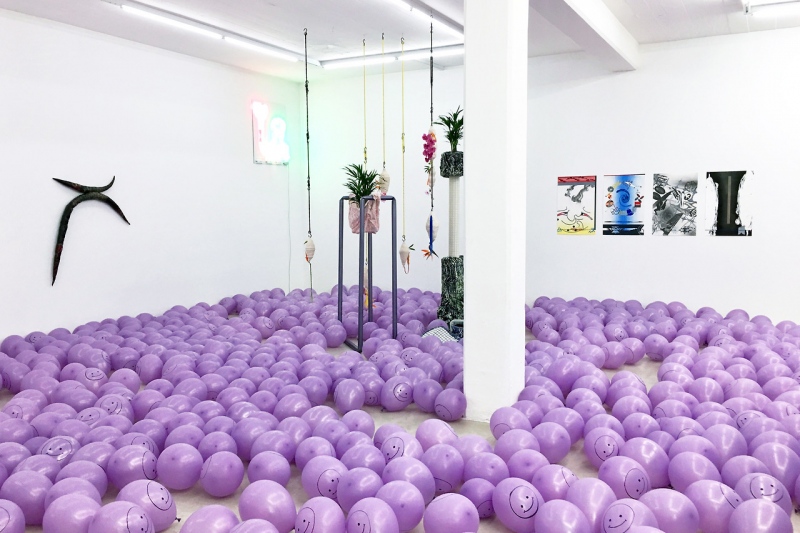 The tropics do not exist. I will not go to the tropics. The tropics only exist at Center Parc.

Whether we're scrolling through Instagram or looking at contemporary art, we remark that our era – like each of its predecessors – produces a specific aesthetic. We recognize it by its pastels, its slightly desaturated filters, a little blurry and warm. To this we could also add the widespread use of exotic symbols and references to water: palm trees, dolphins, hibiscus emojis and shots of turquoise water. Lots of plants, but no geraniums. Plants with large, thick leaves, plants that smell like elsewhere. Like advertisements for spas or shampoos, these symbols allude to well-being, voluptuousness and serenity, an experience that is smooth, light, almost liquid. Here, elsewhere is not a place, but an ideal. Elsewhere is evasion, and evasion is the opposite of utopia.

A woman in a yellow bikini on a beach. The sand is white, the sea turquoise, the horizon is carved out with skilled pastel shading. The white of the breakers and cottony sky brings a certain freshness. No noticeable shadows, only smiles and bronzed skin, an ethereal world with no food nor geographical markers.

The image operates between the metaphor and the literal: a) it's nice weather outside, it's hot, I want to go swimming, b) this suggests that I don't have to work, that I am rich for a moment, that I am beautiful and young. The image always wins because it counters the disorder and stress of our reality with a perfection that is fixed, cryogenized, ready to be called into action. However, the immutability of this image should put us on alert. It shouts to us that it is impossible to enter it, to be part of it. The smallest connection to a tangible human-physical-natural reality would break the illusion. Add an airplane in the sky and the spectator knows that the trip has an end. Put a sandwich in a bag and a whole facet of economic reality is called upon, going from the deception of all-inclusive to the local population which is likely dying of hunger at 500 meters.

Mike Kelly described visual culture as a constructed language, a language that acquires meanings through its construction. The tropics are not a place but a concept. Just a spectacle… something truly superficial.

The exhibition has two faces. That which plays the game and that which spills its glass on the tray (perhaps because it knows it has lost): 1) With the borrowing of aesthetic codes, the exhibition “contributes” to the maintenance of the illusion, to the perfect and ultimately ideological image which allows it to exist; 2) with the corruption of these same codes, with their transgression, exaggeration and decontextualization, it renders the sham dysfunctional. Once revealed, it can no longer operate.

Utopias are more or less fascistic does not propose a true decolonization of spirit. After all, it's only an exhibition. But under the leaves of palm trees or behind the seashell, there is something sticky, something that stumbles, something like a wet painting that is already blistering, a mask with teeth too big for its face. 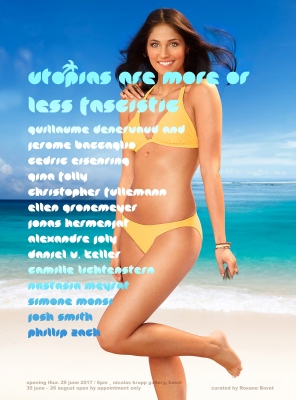